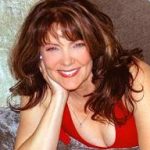 Army brat Oklahoma-born Pamela Clay lived years in France and Germany, is fluent in French and speaks some German. Sanford Meisner called her a true character actress, and she’s worked alongside stars like Tommy Lee Jones, Mel Brooks, Ed Asner, Alan Arkin and more in film, television, radio, theatre and internet.  Cabaret Scenes Magazine wrote of Pamela’s live singing performances: “A powerhouse performer whose style crosses all genres”; Lou Rawls said she’s got “one of the best voices he’d ever heard”; and Richard Blackwell wrote that singing Piaf, Pamela’s “voice will have you mesmerized”!  Performance venues as a solo performing artist include the JFK Center in DC, Feinstein’s 54 Below in NY, and in LA, the Catalina Jazz Club, Herb Alpert’s Vibrato, Feinstein’s at Vitello’s, the Wilshire-Ebell, House of Blues, the Gardenia, and more. Catahoula is her all-original New Orleans-flavored rock band and Catahoula’s music, as well as Pamela’s compositions and recordings in French, have been featured on film and television soundtracks, and Catahoula has headlined at the Troubadour, Whisky, Roxy, Federal, Molly Malone’s, Viva Rancho Cantina, BB Kings at Universal City Walk and more.  Pamela also sings with gospel choir Unity Inspiration Ensemble, and has received awards for her performances for The Thalians.  Pamela lives in the magical Hollywood Hills with her New Orleans-born husband and Catahoula co-founder, Bruce Bermudez, where she’s been broadcasting shows live throughout the pandemic and her next show “Spring Has Sprung” is Saturday April 3rd from 7:00-8:00pm Pacific Time and tickets ($20-40) are available at MetropolitanZoom.com.

Pamela Clay can entertain you in you anywhere + will lift every heart!!