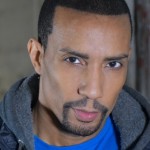 Mba Shakoor is a born and raised New Yorker, who at the age of 19 has moved to Los Angeles, California, and soon he has fallen into the local entertainment industry circle, discovering his talents at a very young age. Mba has landed many jobs on TV, feature films, and commercials, such as McDonald's, Champs Sports, etc. He has also had the privilege of working with Melissa McCarthy, Missi Pyle, academy award winner Octavia Spencer, Michael Chiklis from the hit FX TV series "The Shield", and Vivica A. Fox on the feature film "Junkyard Dog", as well as Taye Diggs, Kathleen Robertson on the TNT series "Murder In The First". His talent is endlessly showing the audience his versatility.

Mba Shakoor continues to follow his true passion and dream as a singer/rapper not to mention a songwriter. Mba performs current, upbeat, popular, modern original music, that keeps people dancing, with a slight edge of roughness and a raspy tone. Chris Brown meets 2pac. With many years of experience in Los Angeles and a newbie to the European music scene, Mba created a unique style that combines various genres such as hip hop, pop, and dance music. Mba tries to bring excitement and an intense energetic sound to every event and performance.

​Mba Shakoor recently branched out to explore his talents overseas. Soon after moving to Eastern Europe, Mba made appearances on European talent shows such as: "Must Be The Music Poland", "Poland’s Got Talent" and German "Deutschland Sucht den Superstar". Mba Shakoor is the new face on the European music scene. His high energy, intense hooks, and ear-catching beats are unforgettable. Look for him to be the next great artist to come!