Sorry, there was no activity found. Please try a different filter. 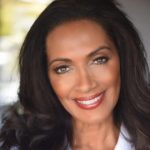 Intelligent, beautiful, and talented are the words that are frequently used when describing glamorous Actress/Singer/Supermodel Kathleen Bradley who made history as the first African American Model to join ranks with "Barker's Beauties" in the fall of 1990, on the "The Price Is Right" for 10 years.
She portrayed one of the most memorable characters in the hit feature film, “Friday” as Mrs. Parker, the sexy next-door neighbor to (executive producer/writer/actor) Ice Cube and mega-star Chris Tucker. Most recent film credits include: “A Day of Trouble” directed by Marc Casey, “Bitter Inheritance” and "She’s the One". She can also be seen in "Casino Comedy" starring Eddie Griffin, “Unconditional Love” with Henry Silva and Tracy Ross. Other feature film credits include Eddie Murphy's, “Harlem Nights”, and “Troop Beverly Hills”. Her most accomplished role to date was the lead role of Vashti, in the compelling movie “Perfume” written and directed by Dr. Roland Jefferson which was nominated by the NAACP Image Awards for Best Original Screen Play in 1987.
In 2015 Kathleen broke her silence with her gritty tell-all book “Backstage at The Price Is Right: Memoirs of a Barker Beauty”.
This former 1971 Miss Black California was chosen over 49 other pageant contestants from the Miss Black America beauty pageant to tour Vietnam and Thailand with the Miss Black America USO Tour where she wowed the troops with her rendition of Aretha Franklin’s “Rocksteady”.
Before beginning her acting career in 1971 she became a viable member of the talented 7 all-female R&B high-energy trend-setting singing group The Love Machine. Kathleen was a member of this exciting, charismatic group for 8 years traveling to well over 89 countries around the world and performed for Kings and Queens and other dignitaries. The Love Machine were briefly signed to Motown Records in 1974 and were the inspiration for the iconic song "Love Machine" written by Billy Griffin & Pete Moore and recorded by the Miracles. The Love Machine also performed as opening act and shared the stage with many well-known entertainers, such as; Sammy Davis Jr., Julio Iglesias, Tom Jones, Redd Foxx, Duke Ellington, Al Green and Isaac Hayes just to name a few.
As an avid golfer, boasting a 16 handicap, Kathleen has hosted and played in well over 200 hundred charitable Celebrity golf tournaments.