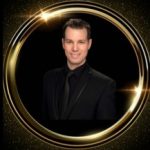 He has been an expert guest on numerous podcasts, radio shows, Blogs, & has been featured in, and on the cover of magazines. He and his clients have been featured in major media publications Such as ABC, CBS, NBC Fox, etc.

Brenton Tyler Hoffmann's path to Success has not been an easy one. Born with Autism & ADHD and struggling with Depression, Disease, numerous health challenges, near-death experiences, and even homelessness, however he never let those things get in the way of his dreams or vision. He is the epitome of Resileince for countless humans struggling around the world.

Brenton Tyler Hoffmann helps entrepreneurs like you see how resilient they are and helps them tap into their untapped superpowers having harmony & success in all area's of their life no matter how much cryptonite is in their way and he can do the same for you.

Known professionally as Sleight of Rhyme, is an American Hip Hop recording Artist, Co-Producer, guitarist, Pianist, Lyricist, songwriter that has been rapping for over 20 years. He is a triple threat, to say the least with a multitude of talents & a diverse style in his music.Formally Sponsored by Fyasko clothing worldwide, recognized by Interscope Records, & legendary Kxng Crooked I-Formally of Slaughter House on Shady Records.

Brenton Tyler Hoffmann aka Sleight of Rhyme has performed at House of Blues Hollywood main stage with his former Hip Hop group Lost Theory, he has been on Multiple Radio Interviews including LA Talk Radio. Featured Music & acting in Mansion of Blood with Gary Busey in 2015, Inducted into the EZWAY Wall of Fame with celebrities such as Christopher Lloyd from Back to The Future, Actor Bill Duke and Frank Shankwitz, the Creator of Make a Wish Foundation.

You can find his music on all the major online Music distribution outlets, such as: Spotify, I Tunes, I Heart Radio, Apple Music, Amazon Music, Amazon Store, Google Play Store, Deezer, Tidal, YouTube plus many more. Etc.

He has been featured in The Examiner! Wire Image, AP associated press, Getty images, Exposay, & Star Pulse & he did this all while enduring Autism spectrum disorder & battling Chronic Lyme Disease.