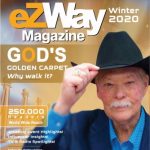 Frank Shankwitz is best known as the Creator, Co-Founder, and first President/CEO of the Make-A-Wish Foundation, an extraordinary charity that grants the wishes to children with life- threatening illnesses. From humble beginnings, the Make-A- Wish Foundation is now a global organization that grants a child's wish somewhere in the world on an average of every 28 minutes. Frank is a U.S. Air Force veteran and has a long and distinguished career in law enforcement. He began as a Arizona Highway Patrol Motorcycle Officer, and retired as a Homicide Detective with the Arizona Department of Public Safety, with 42 years of service. Frank has been featured in numerous publications and television programs, and has received several awards, including the White House Call To Service Award from both President George W. Bush and President Donald J. Trump, and the "Making A Difference In the World" award from the U.S. Military Academy at West Point. In 2015 Frank joined six U.S. Presidents as well as Nobel Prize winners and industry leaders as a recipient of the Ellis Island Medal of Honor. In December 2015, following his commencement address, Frank was presented with an Honorary Doctorate Degree, Doctor of Public Service, from The Ohio State University.

Jordan Wexler - Founder/CEO SmartGuy.com - The largest Exclusive business directory and referral network in the world! Add your business for FREE at https://www.SmartGuy.com
@smartguy

Frank can consult for your non-profit

Frank Shankwitz is available to speak at your stage. Message Frank or email booking@ezwaybroadcasting.com