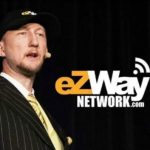 Eric Zuley is recognized as an award winning top ten social media influencer in the world a Multimedia Marketing Mogul that has mastered the art of monetizing media. He created the nationally and internationally recognized movement #eZWay endorsed by over 500 celebrities, influencers, CEO’s and change makers. This movement has its own social network directory similar to Facebook, Amazon, Yelp, Netflix and the Hollywood Walk of Fame all rolled into one.
Some of the top celebrity influencers like the creator of Make A Wish Foundation, Star of Terminator 3, Founder of Priceline just to name a few are members of his eZWay Wall of Fame which can be found at http://ezwaywall.com. Eric has spoken on over 30 stages 50 if you count virtual. Eric has helped coach and mentor over 300 people in the art of scaling from one microphone.

Eric Zuley was able to turn his company eZWay Broadcasting, Inc into a 7 figure income earning company before the age of 40 years old.

Eric has been seen on FOX, E! ABC 7, TMZ, HUFFINGTON POST, EXTRA, Cover of HOLLYWOOD WEEKLY, MAGAZINE honored Eric
as the 2017 Digital Trailblazer, numerous speaker, coaching, social media awards, in 2011 he was given the Robert Novak award signed off by congressman Brad Sherman and congresswoman Judy Chu and former Mayor of La Antonio Villaraigosa. Eric has interviewed thousands of named celebrities and speakers.
Mr. Zuley owns eZWay Network a media network powering their own Radio, magazine and TV network housing 10 channels, airing 30 shows with a potential reach of 320,000,000 homes and mobile phones. He owns a branding and promotions firm that has helped thousands of brands and individuals.
Eric is also an event producer with over 450 red carpet events under his belt.
His 501 c 3 eZWay Cares has helped raise millions through his media outreach and he is an actor, speaker, author and coach with over 200,000 social media followers. For more info http://ezwaypromotions.com, https://ericzuley.com