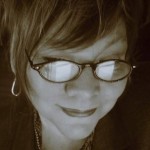 An enigma to some, Ms. Quesinberry blooms on the footpath of conscious evolution. An avid writer, Donna’s highest power is spurred in inspiring men, women, and children alike through the written word. As a brand developer, coach, light and shadow worker, she has raised a sagacious voice calling to spiritual guidance to action in making the world a healthier, wiser, and more congenial reality through the written word and associated outcroppings.

Ms. Quesinberry or Q (as she is often called) has published over two hundred books, and created over thirty ghostwritten titles for varied businesspeople, celebrities, politicians, etc., and is an author of over ten books herself. She is also an avid poet and advocate against negative blight wielded on the souls of good people and/or humanity.

Donna has developed over 25,000 documents in 100+ subject areas for 200+ national and international customers with 473 plus stories is included in her “other works” as a syndicated journalist, many touching on uplifting topics. She is the Founder and President of DonnaInk Publications, L.L.C. (www.donnaink.com) a small, woman-owned, publishing house; and the CEO of dpInk Ltd. Liability Company (www.donnalquesinberry.com) a woman-owned business development, capture administration, and senior technical / proposal writer (developer, director, manager, etc.) as a solutions architect. She is also a Chief Operations Officer (COO) for an author’s corporate endeavors and President of the Faces of Rap Mothers Television Network with the DonnaInk Productions Channel airing on the network on Roku. New programming is always welcome as the schedule continues to evolve.

A mother of five adult children and Grand'Mere to eleven, Ms. Q currently is a tri-state resident in Maryland, North Carolina, and Virginia.