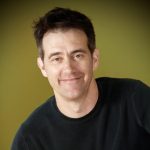 Chadd made his c0-starring feature screen debut in the rom-com film "Surrogate Valentine" on SXSW and Netflix for a 3 year run.  After acting and performing for years, Chadd decided to develop himself as a Producer after creating the One Good Film Films LLC for his feature film Louder Than Words.  Chadd also wrote Louder Than Words.  Being proactive during the pandemic he developed the skill of creating Pre-visualized scenes through Animatics (moving storyboards).  He now owns two Production Companies DCPRO (Design Cinema Projects) and One Good Film Films LLC.  DCPRO is now working with Smokey Robinson to help push and promote his social media presence.  He also uses both companies to brand and market other businesses.

The past year has allowed Chadd to put on his directors/executive producer hat.  He was able to fortify the funding needed to create a fifteen minute proof of concept for his feature film Louder than  Words entitled The Precipice.  The Precipice is now having private select showing to interested parties and investors looking to be a part of a soon to be motion picture.

© 2023 eZWay Wall of Fame. Developed with ❤️ by Webermelon