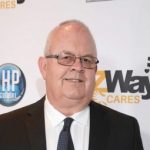 Owner and CEO of the Brockstar Group of Companies

Mr. Willis is also active with the Republican Congressional Committee and is an honorary co-chairman to the Republican Business Advisory Board for the state of California. He is well respected for his ambition, vast-ranging knowledge, and exemplary leadership, and has received a number of awards as the Republican Presidential Honor Role under President Donald J. Trump, Top 100 Registry of Business Leaders, Marquis Who's Who In America 2017-2018 including Business Man of the Year for 2005 and 2006, Republican of the Year for 2006, a Congressional Medal of Distinction, a Congressional Order of Merit, Who’s Who inclusions for years 1995, 1996, and 2002, a Certificate of Recognition from the International Commission, and an honorary Doctor of Philosophy from the International Royal Academy of United Nations.  Mr. Willis complements this remarkable profile with an equally commendable array of philanthropic pursuits. He works with various humanitarian groups and charities including the Christian Children’s Fund and the Foundation For Our Children’s Children (FFOCC). Mr. Willis is also a frequent contributor to such causes as the Red Cross and Feed the Children.

Doing it the eZWay.