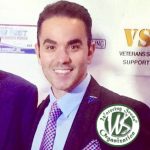 Brady Mazzola - Founder of WateringSeeds.org
Offline
•
0 out of 5
•
0 Ratings
Login

Orange, TX native and Watering Seeds Founder, Brady Mazzola, enjoyed success as a Texas junior tennis standout. He was awarded a tennis scholarship to Lamar University where he competed for four years as an NCAA Division 1 athlete. As a student-athlete, he earned top honors as a member of the Sun Belt and Southland Conference All–Academic Teams. He graduated in 2001 with a Bachelor of Science Degree in Criminal Justice and a Minor in Business.

After graduation, Mazzola began his career as a teaching pro and strength and conditioning coach in Katy, TX, at Willow Fork Country club, where he co–mentored the Katy Taylor High School tennis team to a 5–A state championship.

In 2003, he moved to Los Angeles, CA to advance his career as a professional at Braemar Country Club, followed by Sherwood Country Club, two premier clubs in So. Cal. He has worked with several high performance junior and professional players, along with starting his own private coaching business training VIP clients that included former top ATP touring pros, their children, as well as numerous notable names in sports and entertainment.

In the summer of 2004, Mazzola was inspired by a Paralympic wheelchair tennis exhibition held at UCLA and decided to take action by founding the Watering Seeds Organization (WSO) to provide sports rehabilitation and wellness opportunities for the disabled.

Since WSO’s inception in 2005, Mazzola and his team have successfully hosted and produced numerous outreach events and campaigns that include, but are not limited to the following: military family picnics at Walter Reed Medical Center, live broadcast television concert specials to boost Military morale, benefit comedy and magic shows at the Magic Castle in Hollywood, the Wheelchair Super Bowl feat. Veterans and NFL Alumni, as well as “Skills on Wheels” adaptive sports clinics, competitions, and exhibitions around the country.

After an 8 year stint in LA, he returned to his Southeast Texas roots in 2011 and currently helps to oversee the Fall Creek Tennis Academy in Humble, TX. As a holistic high performance coach with a mind, body, and spirit approach to wellness, he understands how to help others breakthrough their limits to grow and maximize their full potential. The Mazzola Mentorship Method creates personalized programs with energetic, high quality instruction and hands-on training in a focused, fun, positive and productive learning environment.

JOIN US FOR COMEDY FOR A CAUSE

Ask about our Streaming TV Show and how we can help your business get advertised!