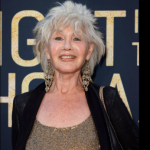 Bobbie Chance was officially named the Acting Coach To The Stars by E! Entertainment. She is an Award-winning acting coach, actress, producer, and speaker and has coached actress Scarlett Johansson, Ryan Reynolds, and Khloe Kardashian just to name a few.

Acting Coach To The Stars