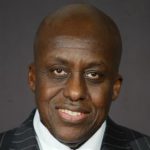 Bill Duke is an Actor, Director and Producer in Hollywood with more than 40 years of experience on screen and behind the camera.

He is known for his directing prowess and agility in television and film, with credits including television series Falcon Crest, Fame, Hill Street Blues, and PBSʼ The Killing Floor, for which he won the Sundance Special Jury Award in 1985.

The accolades continued with a feature film directorial debut in 1991 for A Rage in Harlem, which was an official selection of the Cannes Film Festival and a contender for the prestigious Palme dʼOr. This global recognition led to further opportunities including directing feature films: Sister Act 2, Deep Cover, Hoodlum, The Cemetery Club, Cover, Not Easily Broken and the documentary Dark Girls and Light Girls  which aired on OWN and succeeded as one of the most successful programs in the network's history. Most recently, Bill directed the feature film, Created Equal and is currently working on the documentary, Never Stop, about the adoption and foster care systems. Bill's autobiography, Bill Duke: My 40-Year Career on Screen and Behind the Camera, was  released in November 2018.

Throughout the course of his career, he has been recognized by prestigious leaders and institutions for his work in television and film. He was appointed to the National Endowment of Humanities by President Bill Clinton and the Board of the California State

Film Commission by Former Governor Arnold Schwarzenegger. He has also served on the Board of Trustees at the American Film Institute and as the Time Warner Endowed Chair in the Department of Radio Television and Film at Howard University. He was also recognized by his peers with a Lifetime Achievement Tribute from the Directors Guild of America’s African-American Steering Committee in 2010.

In addition to working on creative projects in Hollywood, Bill created Duke Media Entertainment to bring quality "Edutainment" to audiences around the globe. He has coined the word to symbolize entertainment that also includes and an educational element for its audiences. Duke is launching YOUNITE Network in July 2021, a platform focused on comfort, education and entertainment.  Additionally, Duke Media is in process of expanding his brand to involve itself in the development of new media technologies, i.e. cellphone apps, games, and virtual world experiences. Since the early 70s, Bill Duke along with industry veterans Michael Shultz and Gordon Parks, have long paved the way for the furtherance African American actors, writers, directors, and producers in the entertainment and technology industries.

Giving back has been a large part of Bill's Hollywood legacy, too. Bill also runs the Duke Media Foundation, which for the last ten years has prepared youth for the future by exposing them to specific new media tools and financial literacy tools that will enable them to compete, survive and thrive. The economy is experiencing a paradigm shift far beyond film and TV to media. Film and TV are still important parts of the entertainment landscape, however new media content has shifted into virtual worlds, games, cell phone apps, mobile TV, animation and webisodes. So, he encourages students to explore and master new technology as it emerges and evolves.

The Youth Media Camp is the inaugural project of the Duke Media Foundation. The camp is a training and educational program that teaches youth the trade and craft of media production which includes film and video production, screenwriting, producing, directing and editing. The camp has helped youth develop the art of storytelling by using media tools.

As an author, Duke is releasing two books, “The Works of the Invisible Man” which is an eclectic collection of poetic prose, and “The Journey”, a story dedicated to the infant within us all.

© 2023 eZWay Wall of Fame. Developed with ❤️ by Webermelon